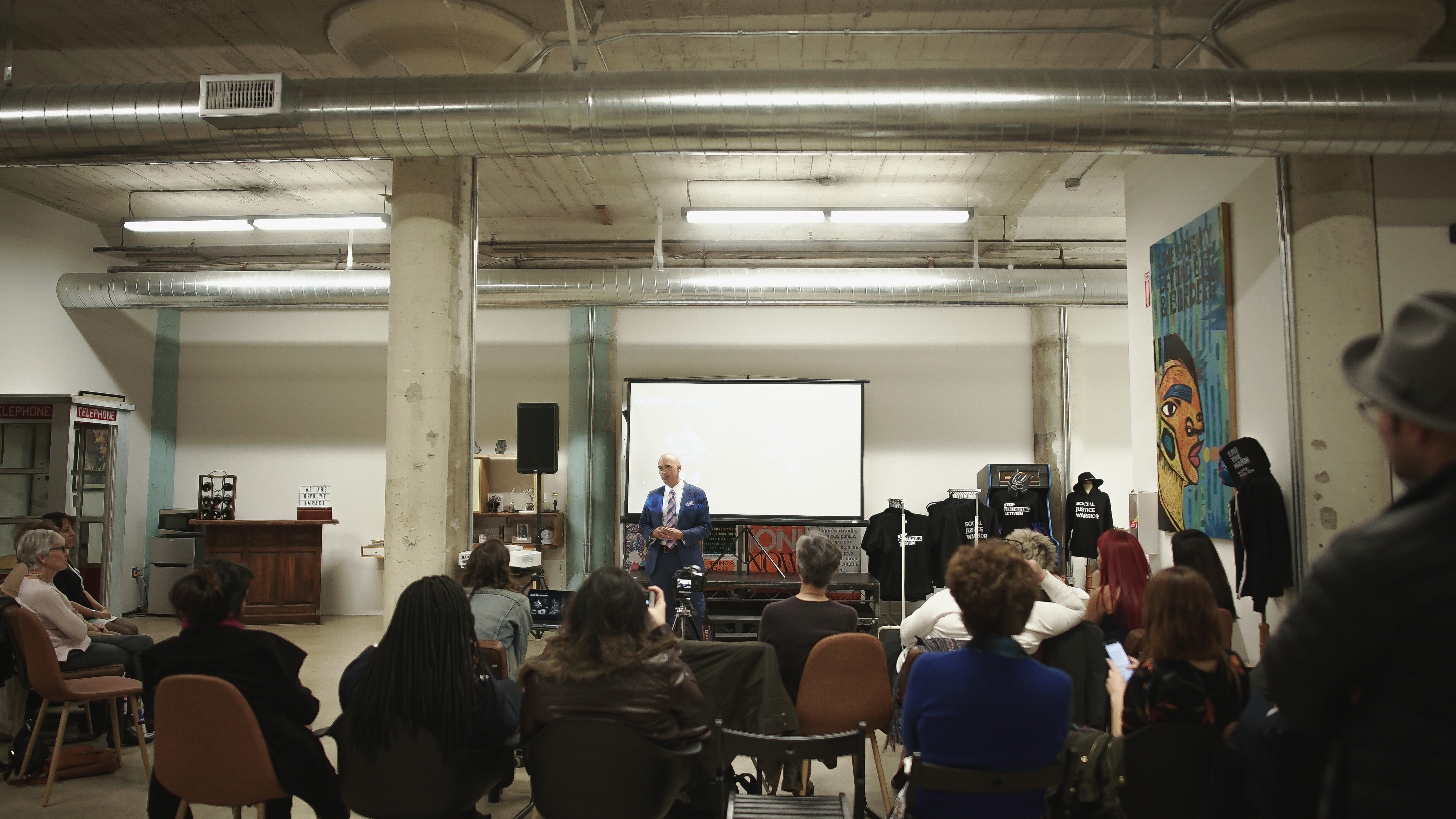 How can we correct an unjust system and connect with loved ones behind bars?

The United States is home to some of the highest incarceration rates in the world, imprisoning 2.3 million Americans (EJI.org). The racial disparities of our justice system are stark – 70% of incarcerated Americans are non-white.

“Mass incarceration today stands as a legacy of past abuses and continues to limit opportunities in our nation’s most vulnerable communities.” (EJI.org)

For many years the Summit community has come together to learn and activate around criminal justice. Performers, poets, and activists, including Bryan Stevenson, John Legend, Harry Belafonte, dream hampton, Mark Gonzalez, Aja Monet, and Philip Agnew have brought their words and art to our stages. Partners like Revolve Impact, the Anti-Recidivism Coalition (ARC), and the Enneagram Prison Project have brought Summit attendees on immersive learning experiences inside local jails and prisons.

This year, Summit is launching a Criminal Justice Policy Lab led by former D.A. of San Francisco and justice reform advocate George Gascón to further the movement and create infrastructure support for elected officials, practitioners and other stakeholders.

In the criminal justice reform movement, there is a growing need for additional infrastructure and support for elected officials, practitioners, and other stakeholders. Led by former D.A. of San Francisco and justice reform advocate George Gascón, The Summit Criminal Justice Policy Lab will assist with on the ground support to reform the delivery of justice in communities at the national, state, and local levels.

At Summit LA 2017, 2018, and 2019, Summit partnered with the Los Angeles Area Chamber of Commerce, Homeboy Industries, and Revolve Impact to bring Summiters together to learn about smart justice from all angles of the system. Our community engaged in educational visits to the Central Juvenile Hall, Men's Central Jail, and LA Public Defenders Office.

Interested in partnering with Summit on this initiative or learning more?

Look out for volunteering opportunities at one of our events.

SRO Housing supports emergency shelter for DTLA residents who need it most.

Join other Summiters and support the DTLA community: