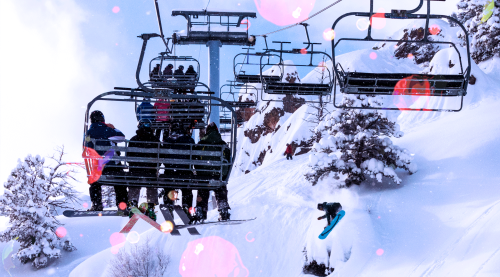 Join us for the last Summit Mountain Series event of the season. This weekend will be focused on fun and adventure: hit the slopes with pro skiers, dance the night away at our 80s-themed party, and bring your A-game to a snowman building competition. 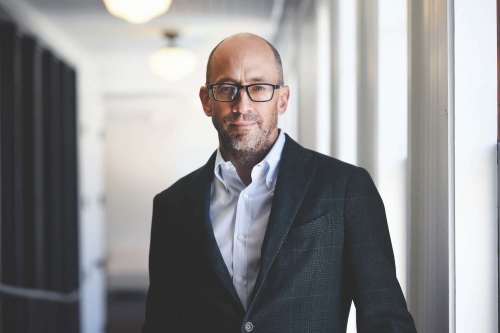 Dick Costolo works with startup CEOs advising them on scaling and leadership as a Managing Partner at 01 Advisors. Costolo was CEO of Twitter from 2010 to 2015 and has been Founder and CEO of multiple startups, including FeedBurner, which was acquired by Google in 2007. The former improv comedian has been a consultant on HBO’s “Silicon Valley” and holds a B.S. in Computer Science from the University of Michigan.

Simidele Adeagbo, the first African and Black woman to compete in Olympic skeleton, joins us for a talk on equity in outdoor winter sports 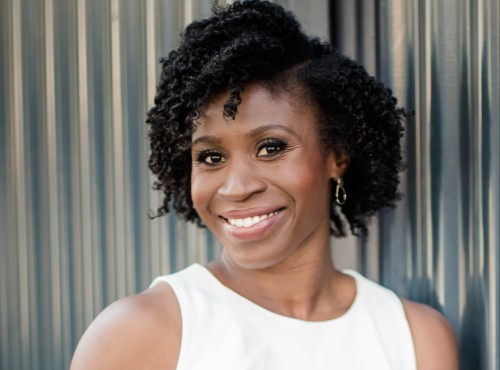 Simidele Adeagbo is a trailblazing Olympian, passionate advocate, inspirational speaker and former brand strategist at Nike Inc. In 2018, she made Olympic history at the Winter Games, becoming the first African and Black woman to compete in Olympic skeleton. She’s been featured in her own Nike “Just Do It” commercial, and has appeared on leading media outlets such as CNN, NBC and ESPN and in various publications including USA Today, Essence, Forbes, Women’s Health, and Sports Illustrated, with the New York Times hailing her “a role model for Africa and beyond.”

While fulfilling her improbable Olympic quest, Simidele managed multi-million-dollar segments of the Nike business and led international marketing campaigns. A seasoned storyteller, she now speaks on stages around the world including TEDx , Google, Facebook, Procter & Gamble, and Pinterest.

Simidele frequently helps girls across Africa build their leadership skills through the power of sport and works closely with organizations like Malala Fund (founded by Nobel laureate Malala Yousafzai) to spread the message of empowering girls. She was recognized as one of the most influential young Africans in 2018 and was also selected as an Obama Foundation Leader.

In 2019, she served as a Greenberg World Fellow at Yale University and is currently training for the 2022 Beijing Olympic Games.

Expert on peak performance and leadership, Jamie Wheal, takes the Summit stage to share his secrets to success 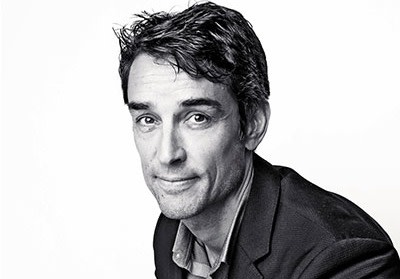 Author and expert on peak performance and leadership

Jamie Wheal, author of Stealing Fire: How Silicon Valley, Navy SEALs, and Maverick Scientists are Revolutionizing the Way We Live and Work, is an expert on peak performance and leadership, specializing in the neuroscience and application of Flow states.

He has advised organizations ranging from the U.S. Naval War College and Special Operations Command, the athletes of Red Bull, Nike, and the owners of professional sports teams, to the executives of Google, Humana, Deloitte, Cisco and Young Presidents' Organization.

Bestselling author and former producer for The Daily Show with Trevor Noah, Baratunde Thurston, in conversation with Dick Costolo 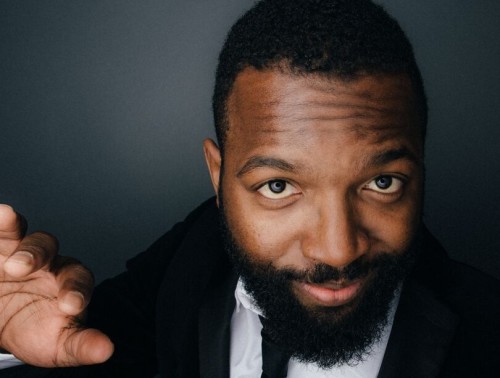 Baratunde Thurston recently served as supervising producer for The Daily Show with Trevor Noah, where he oversaw digital expansion. He co-founded Cultivated Wit and Panoply’s About Race podcast and wrote the New York Times bestseller How To Be Black. He is a correspondent with Nat Geo’s Explorer series and the host of Clarify, a video series produced by Spotify and Mic, featuring political conversations with musicians.

Baratunde is a highly sought-after public speaker and Internet person whose credits include: columnist for Fast Company, closing speaker for TED and host of TED Talks on PBS, director’s fellow at the MIT Media Lab, director of digital for The Onion, national board member for Build, and gentrifier of Brooklyn, New York. 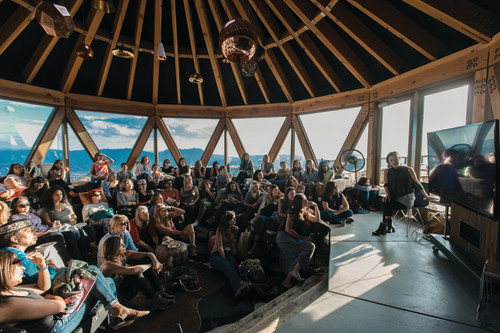 PowerPoint presentations are responsible for more audience attention deaths than flash cards, the word “fintech,” and bosses named Rick, combined. We decided enough is enough. Introducing... Summit Says! A new variety show where predetermined individuals give a 3-minute PowerPoint presentation about literally ANYTHING. Topics can be educational, inspiring, shocking, a personal story, or even a rant. There is zero pressure to be funny, but please make it interesting! If you go over the 3 minute time limit, prepare to pick a challenge you must partake in while you finish your presentation!

Dr. Jordana Jacobs is a clinical psychologist in private practice in New York City. Her approach is integrative, combining psychodynamic and existential therapy into her treatment of patients. Dr. Jacobs’ training at Memorial Sloan Kettering working with terminally ill cancer patients, her studies in Northern India, and her Vipassana meditation practice inspired her research on the complex relationship between death awareness and love. Her dissertation, entitled “Till Death do us Part: The Effect of Mortality Salience on Satisfaction in Long-term Romantic Relationships” specifically explored the ways in which priming for death has the potential to increase intimacy in partnerships. In addition to seeing patients, Dr. Jacobs now speaks and leads retreats aimed towards helping people accept inevitable mortality so that they are able to live and love more fully.

Michael Hebb is a partner at RoundGlass and the Founder of Deathoverdinner.org and the End of Life Collective. His second book "Let's Talk About Death" (Hachette) is available in the U.S., U.K, Russia, China, Indonesia, Poland and Romania.

Journalist and outdoor industry expert, James Edward Mills, joins us for a talk on equity in outdoor winter sports 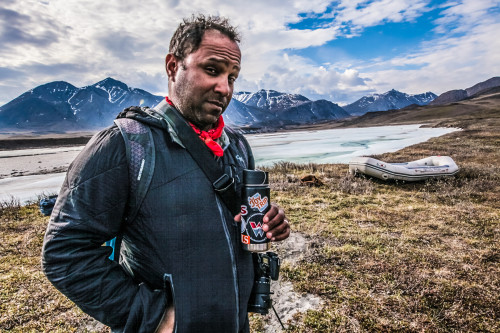 James Edward Mills is a 2014 Fellow of the Mountain & Wilderness Writing Program of the Banff Centre in Alberta, Canada and the 2016 recipient of the Paul K. Petzoldt Award For Environmental Education. As a freelance journalist and an independent media producer in a career that spans more than 20 years, he specializes in sharing stories about outdoor recreation, environmental conservation, and practices of sustainable living. He has worked in the outdoor industry since 1989 as a guide, outfitter, writer, and photographer. He is the author of the book “The Adventure Gap: Changing the Face of the Outdoors” and a contributor to several outdoor-focused print and online publications such as National Geographic Adventure, Rock & Ice, Alpinist, SUP, Elevation Outdoors, Women’s Adventure, the Clymb.com, Park Advocate, High Country News, Appalachia Journal, The Guarding, Outside Magazine and Land & People.

Soulful Solo Performance by Justice Der, guitarist and producer based out of Toronto 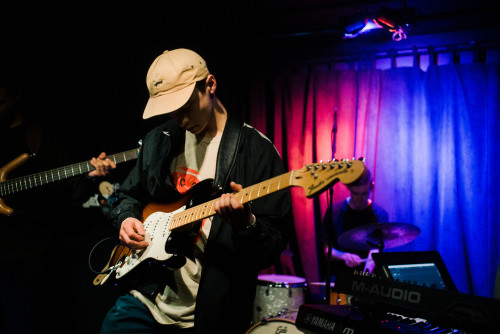 Justice Der is a Canadian guitarist and producer based out of Toronto. Blending the sounds of jazz, hip hop, and alternative music, Der first attracted a digital audience by performing instrumental covers from a variety of artists including Frank Ocean, Radiohead and Kanye West. He has amassed nearly 125,000 Youtube subscribers and 130,000 monthly listeners on Spotify. The summer of 2018 saw the release of Der's first original project Nostalgic for Things to Come. 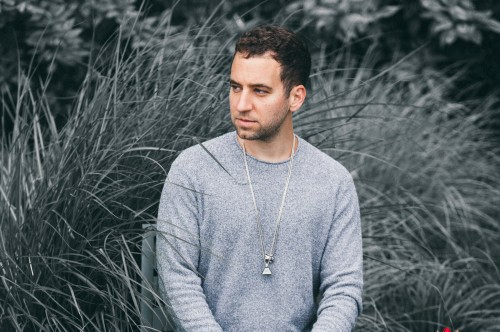 Equal is a New York City DJ and music producer known for his creative blends of electronic and indie rock music. The Asheville, NC native spends his nights wooing crowds all over the world, from New York City’s hottest parties and nightclubs to festivals such as Bonnaroo. His music has been featured on HBO, NBC, TNT, FX, Vogue UK and a collaborative ad-campaign with Ciroc Vodka. Equal continues to release exciting collaborations featuring indie music elite.

Yoga with Kim Strother, one of LA's top fitness instructors and celebrity trainers 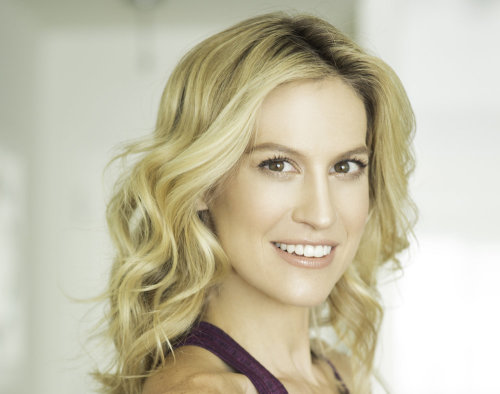 Kim Strother is one of LA's top fitness instructors and celebrity trainers, with over a decade of experience as a personal trainer and yoga instructor at some of the most prestigious gyms in the country. She combines strength training, yoga and gymnastics to create dynamic workouts that produce optimal results. Kim has been featured in Fitness Magazine, Self, Shape, Women's Health and Health. 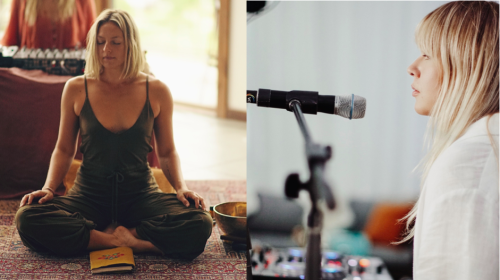 Casea Rose // Godiva is a creative producer, DJ, and experiential designer. With a passion for building community, she designs transformative events and initiatives that generate awareness around our relationships to each other, society, and the planet. She creates music and designs DJ sets for breathwork, yoga, meditation, and dance, guiding experiences that bring a sense of wellbeing and play to our modern lifestyle. Her clients and collaborators include Airbnb, Summit Series, Amazon, Virgin America, Wanderlust Festival, and South by Southwest.

Chris Keener, impact filmmaker and founder of Goldenair, creates transformational breathwork journeys with humor and heart. He leads groups ranging from festivals and corporate retreats to residencies with Soho house, Alo Yoga, and Unplug Meditation. Passionate about making breathwork accessible to everyone, he’s sharing Goldenair in prisons and with the underserved. As EP, director, and host for outlets like Netflix, National Geographic, and the Travel Channel, his signature ability to curate meaningful experiences translates from large-scale media production to the simple act of breathing. 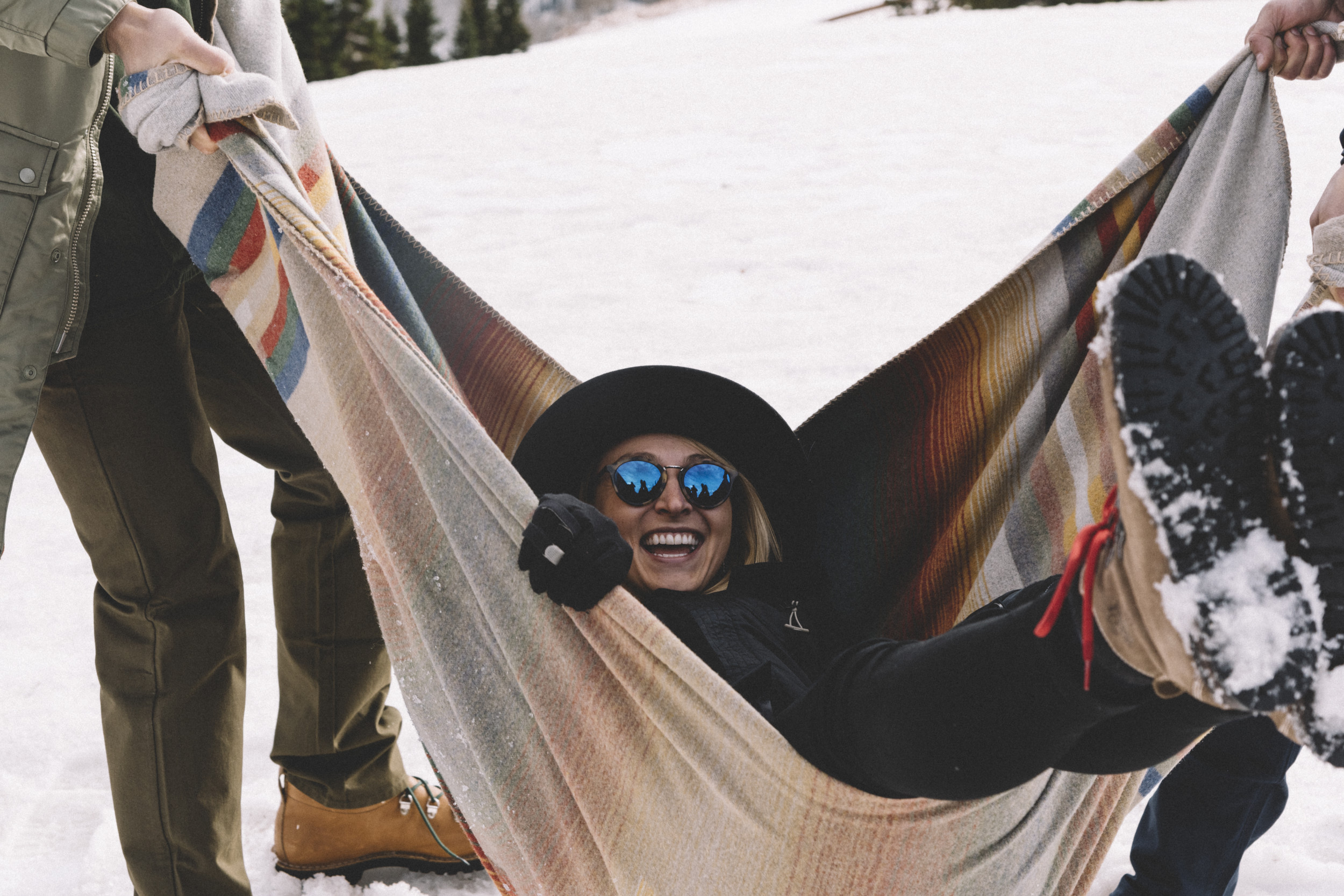 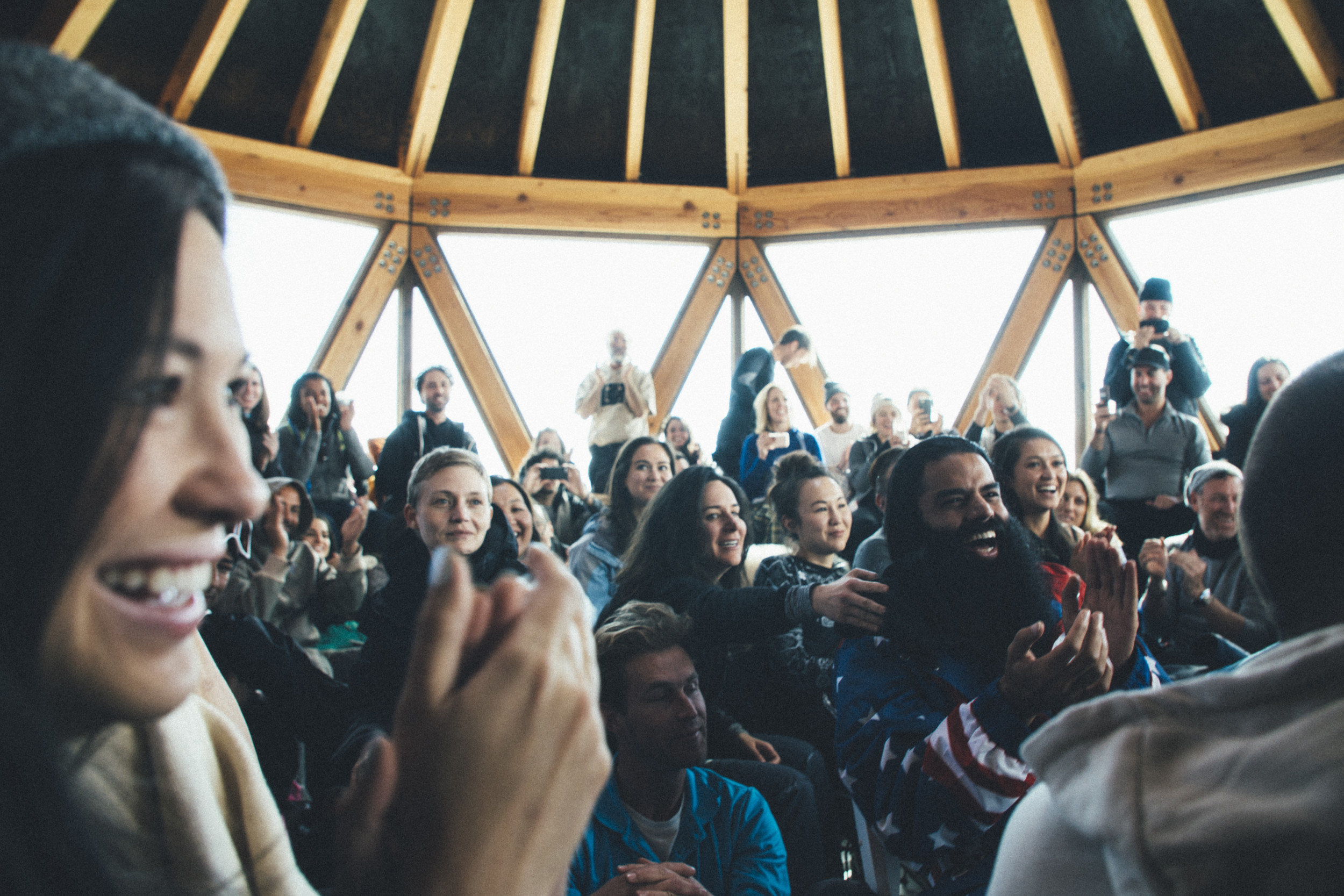 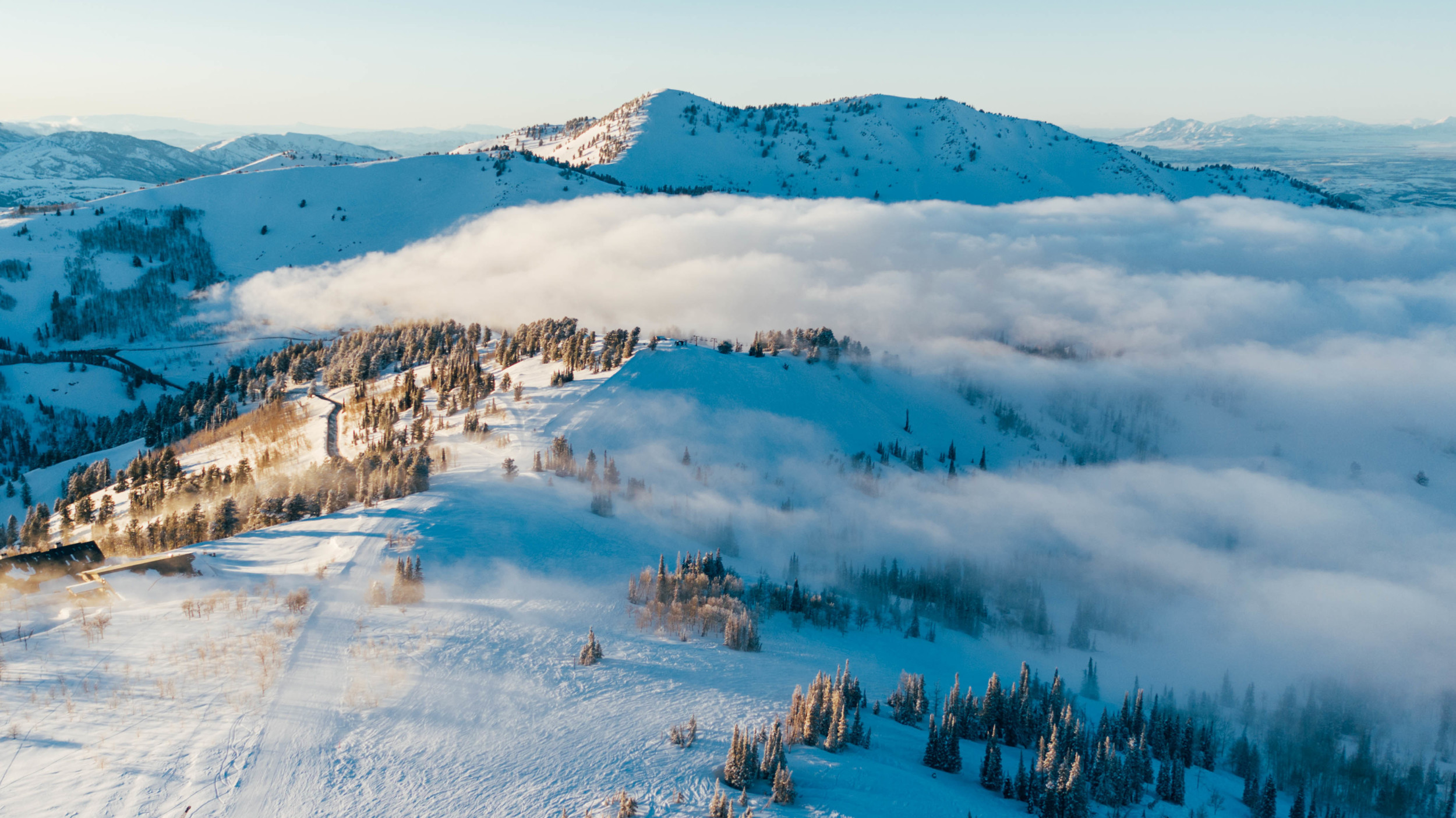 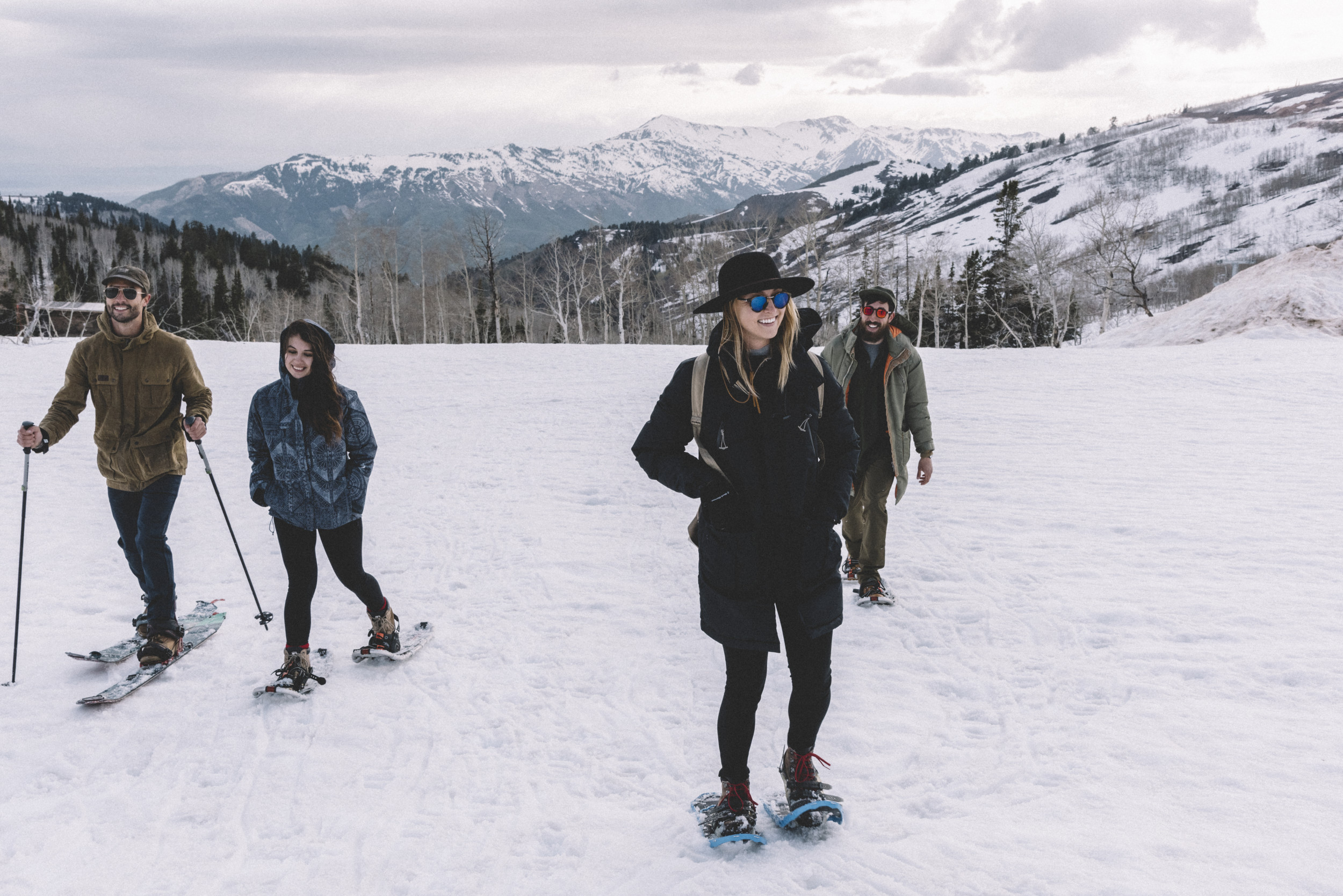 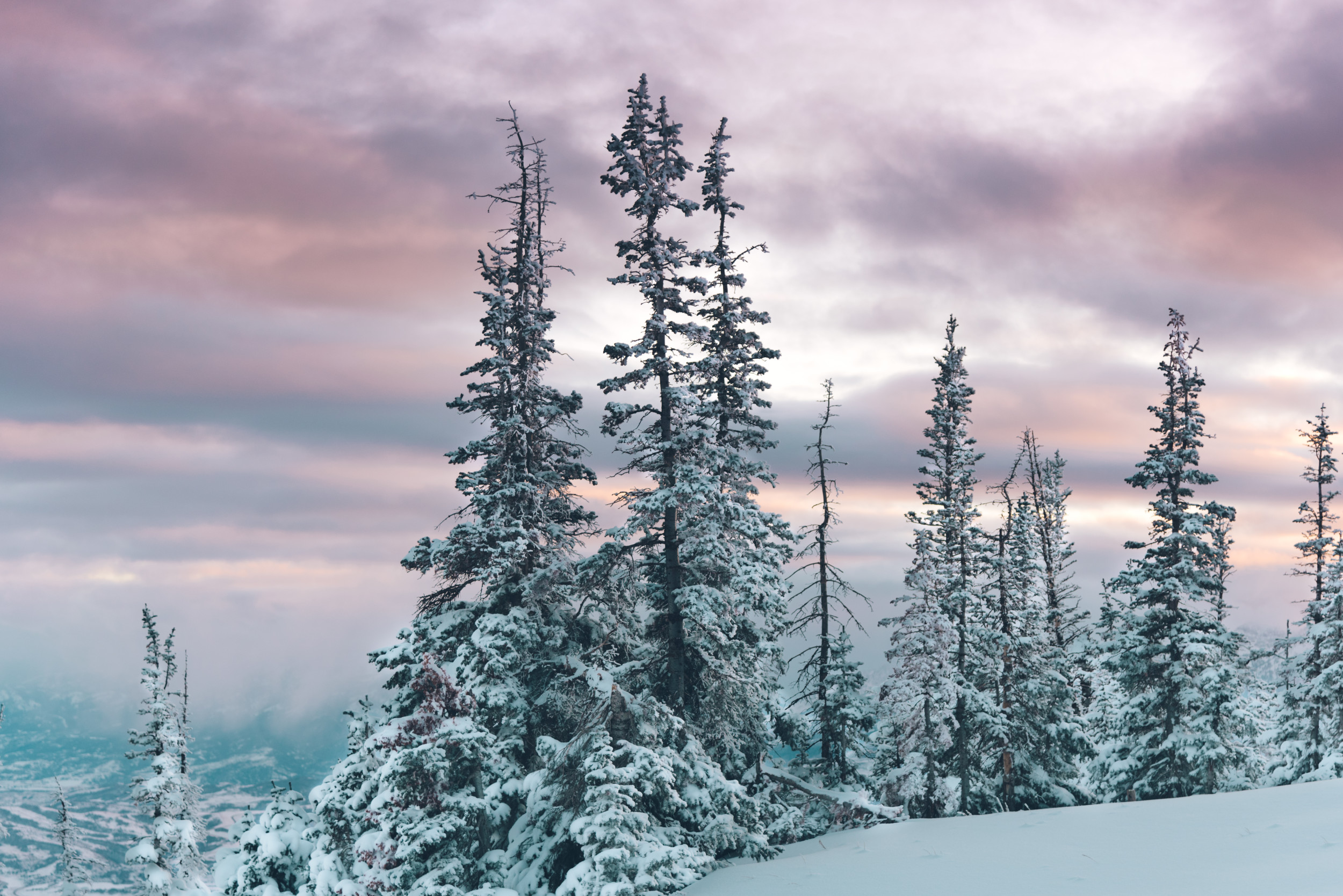 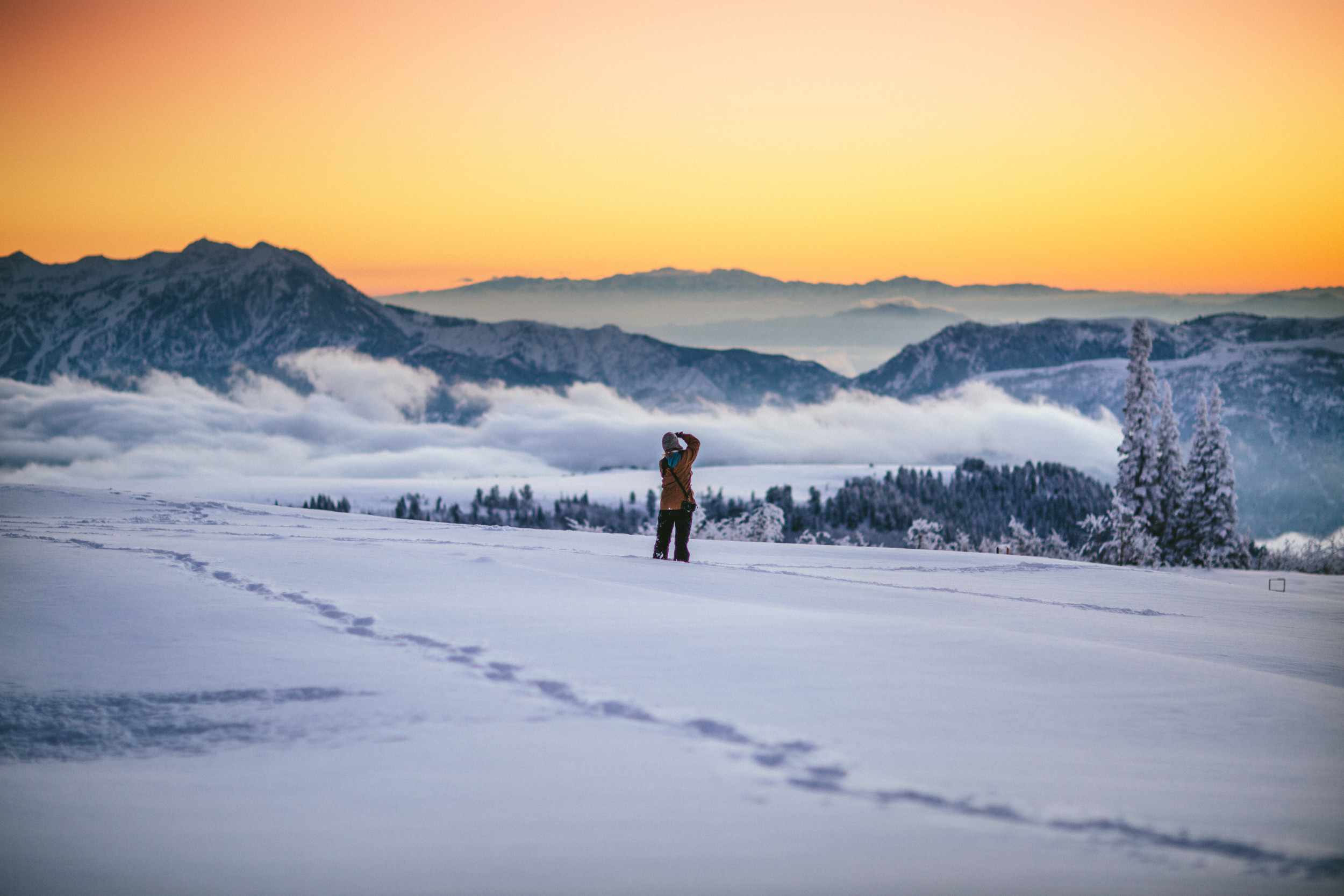 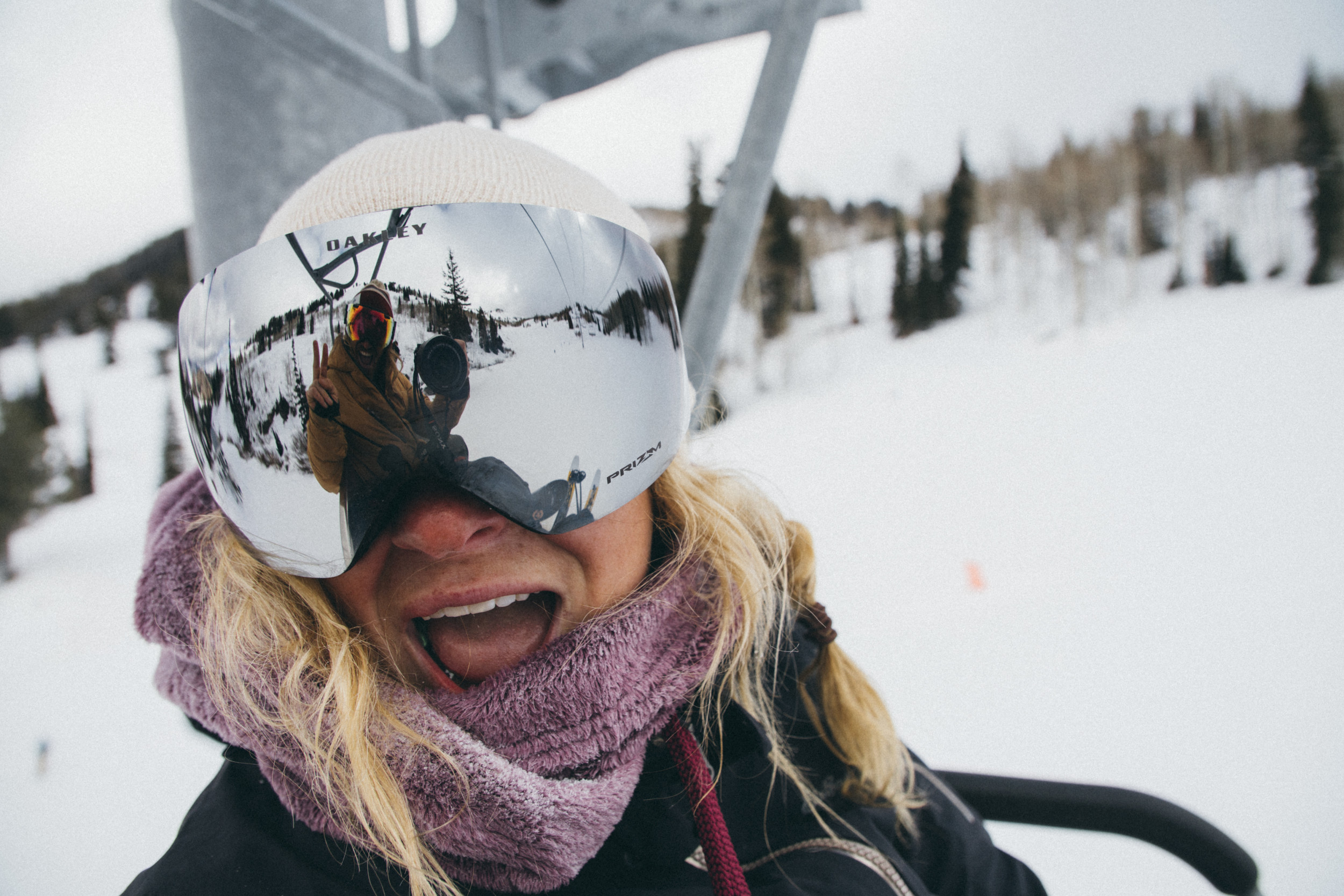 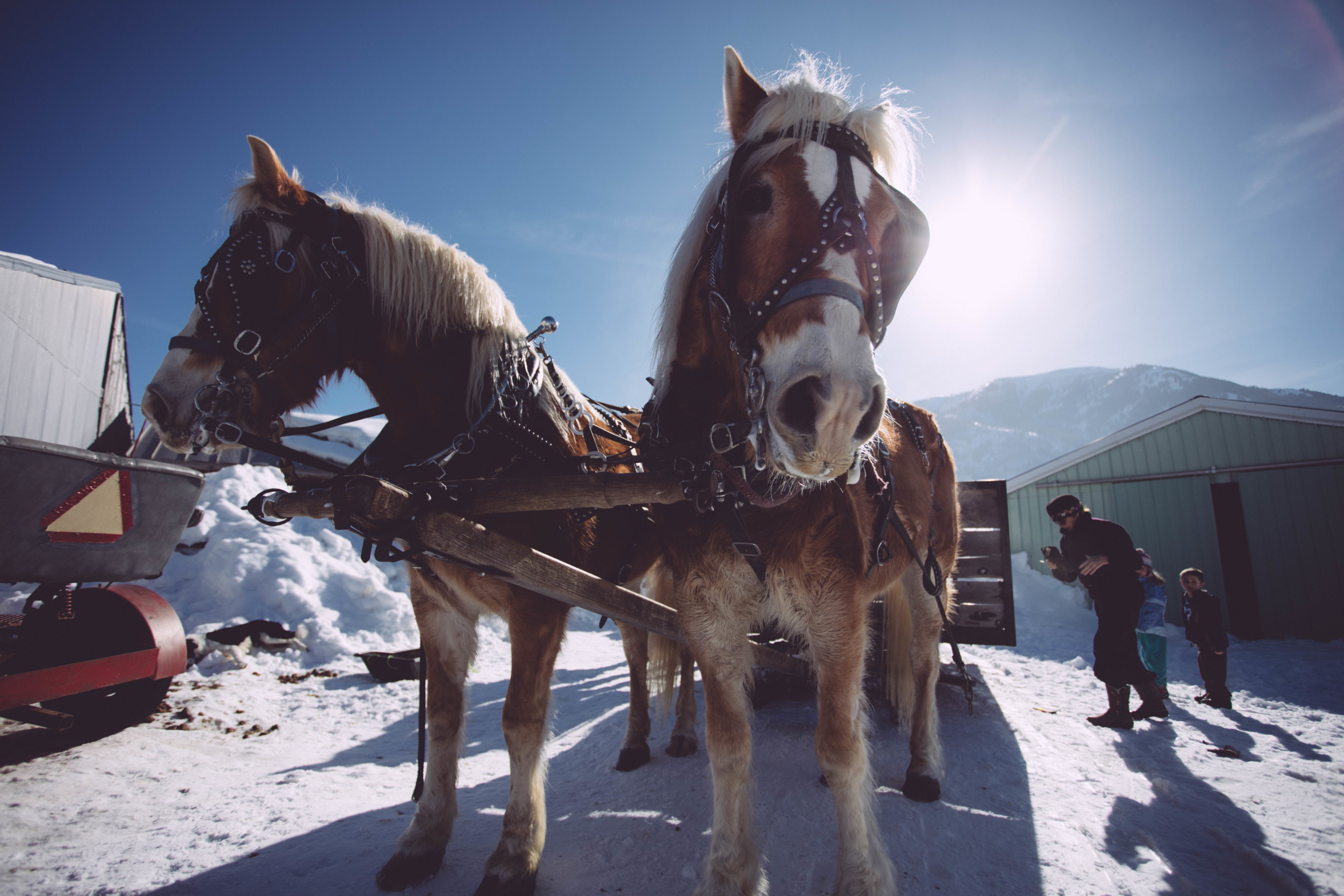 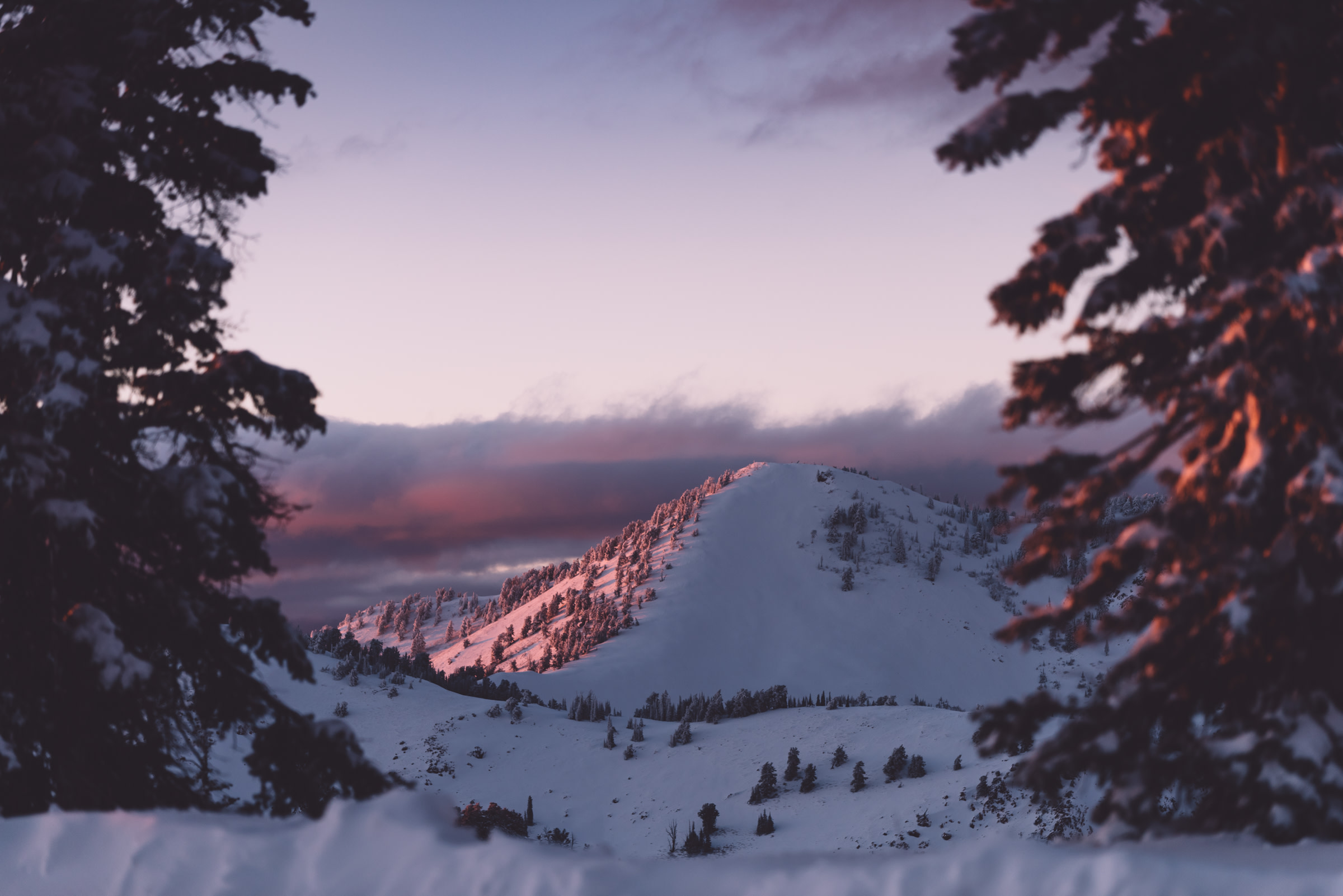 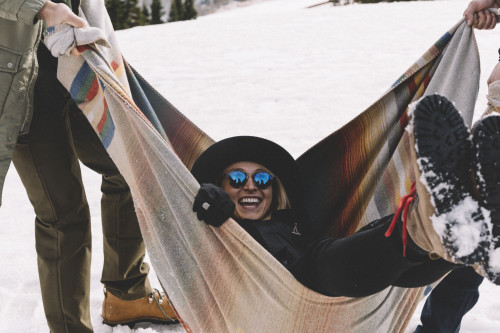 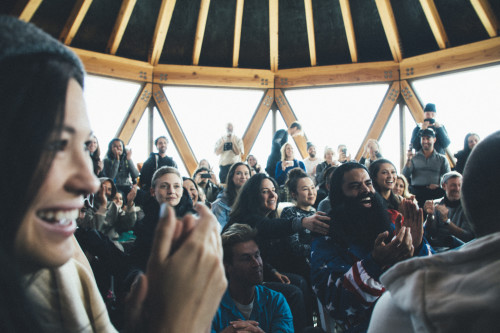 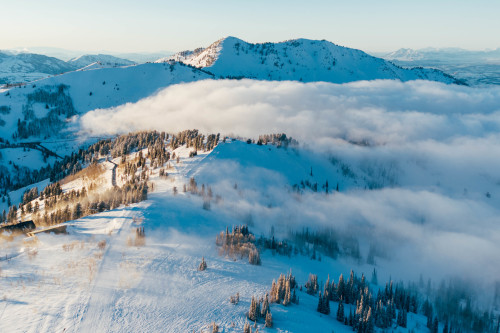 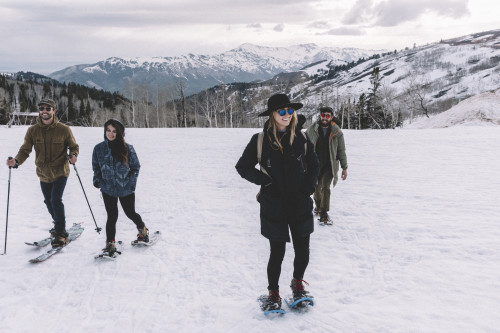 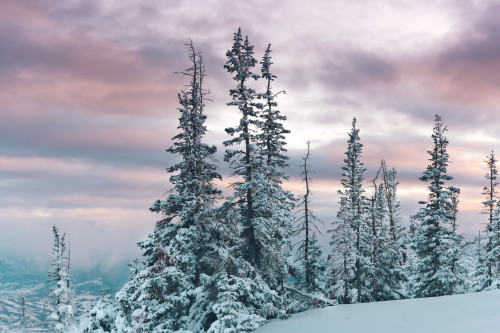 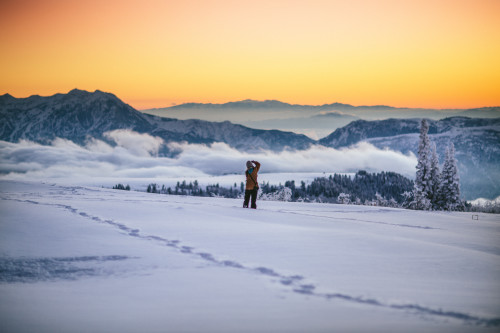 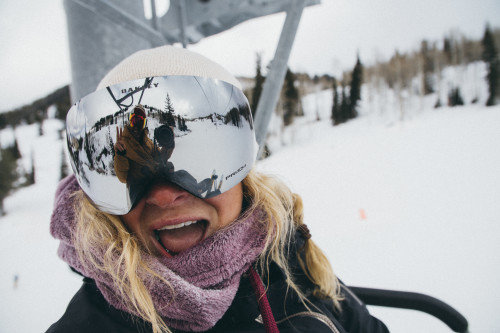 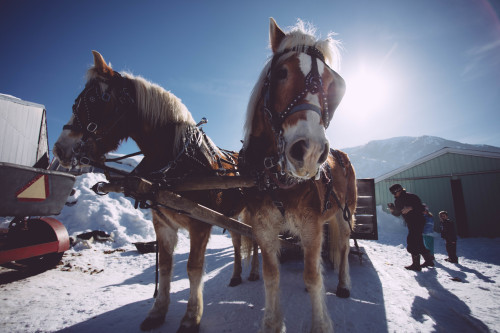 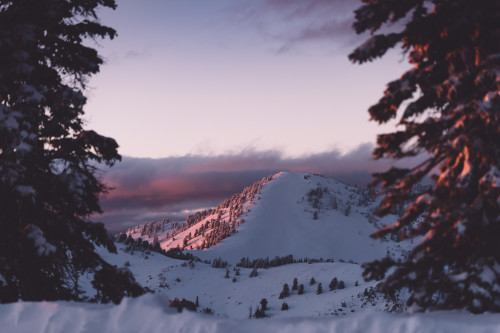